Citrix Virtual Apps and Desktops supports various printing solutions. It is essential to understand the available technologies and their benefits and limitations to plan and successfully implement the proper printing solution.

The process of creating printers at the start of a Citrix Virtual Apps and Desktops session is called printer provisioning. Multiple approaches are available:

Other options for provisioning printers into a Citrix session are available, such as:

Print jobs can route along different paths: through a client device or a print server.

The specifics with print job routing depend on the printer provisioning method. Auto-created and user-added printers can route print jobs based on the following diagrams: 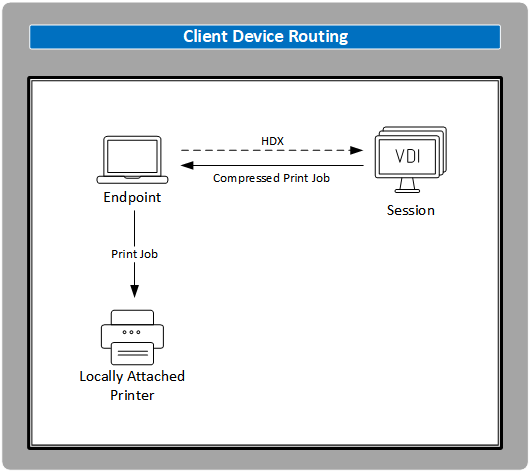 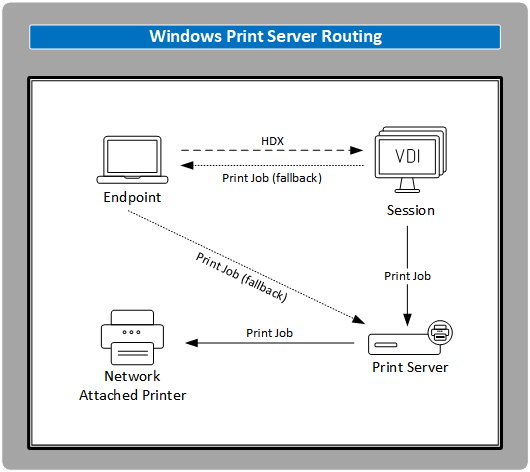 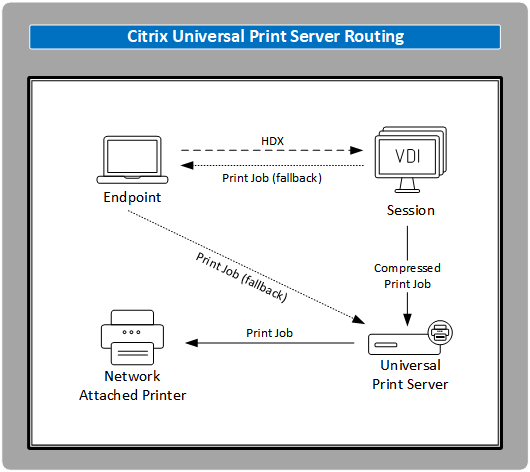 However, the print job routing changes slightly if the VDA provisions printers as session printers. The jobs can no longer route through the user’s endpoint device and route from the session to the print server. 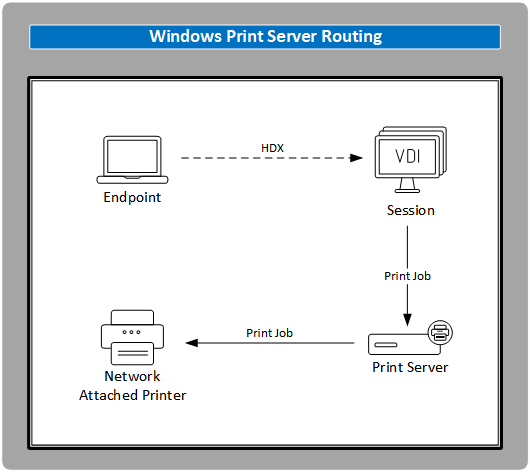 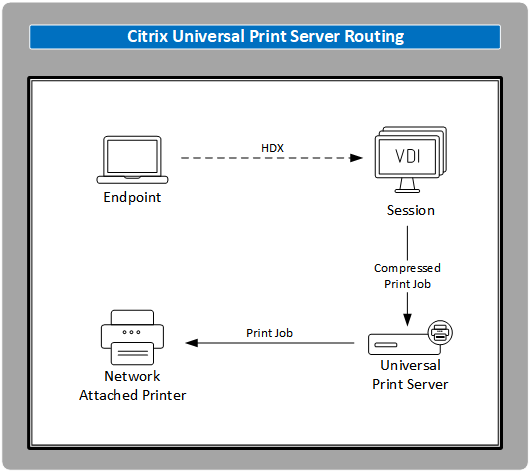 Citrix bases the recommended option on the network location of the endpoint device, the user’s session, and the print server.

Experience from the field