Support for Google Shared VPCs and Zone Selection by Citrix Virtual Apps and Desktops Service is available as an early access release (EAR). Citrix offers this support in response to customer requests for a way to provision a Windows 10-based catalog on Google Cloud using virtual networks shared across the enterprise. This document describes the steps required to create an MCS Machine Catalog by using a Windows 10 VDA, Google Cloud Shared VPC, and Google Cloud Sole Tenant Nodes.

The following prerequisite is for users who want to use a Shared VPC in addition to using Sole Tenancy.

Once you meet all prerequisites, you must set up and configure the following environment and technical items:

Creating the desired Windows 10-based MCS Machine Catalog in Google Cloud is similar to creating other catalogs. You can do more sophisticated work after you complete the full prerequisites as described in the preceding section. Then, you select the proper VDA and network resources.

For this example, the following elements are in place:

The Host Connection in this example uses Google Cloud Shared VPC resources. This is not mandatory when using Zone Selection, a standard Local VPC-based Host Connection, can be used. 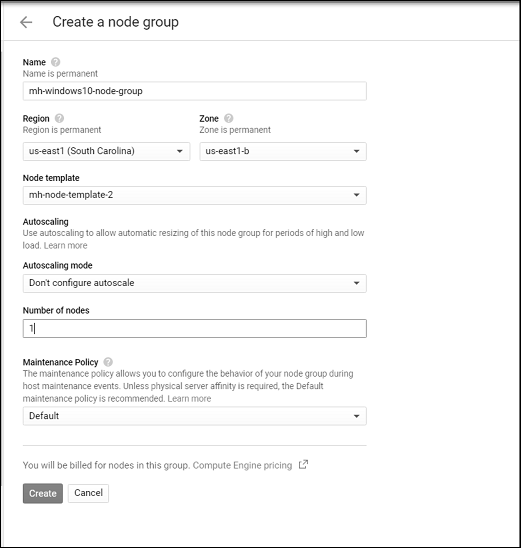 The following steps cover creation of the Windows 10-based Machine Catalog that uses a Google Cloud Shared VPC and Zone Selection. The final steps describe how to validate that the resulting machines are using the desired resources.

It may take a few minutes for the catalog creation to complete. Then, you can view machines in the catalog through the Search node on the tree.

Google Cloud starts Instances as part of the creation process. As a result, newly provisioned machines are initially Power On, as shown above.

To validate resource utilization and ensure that the newly provisioned machines are using the expected resources, check the following:

The following figure shows that the three newly provisioned machines are running on the reserved Sole Tenant Node.

The details for the first Instance confirm the following: 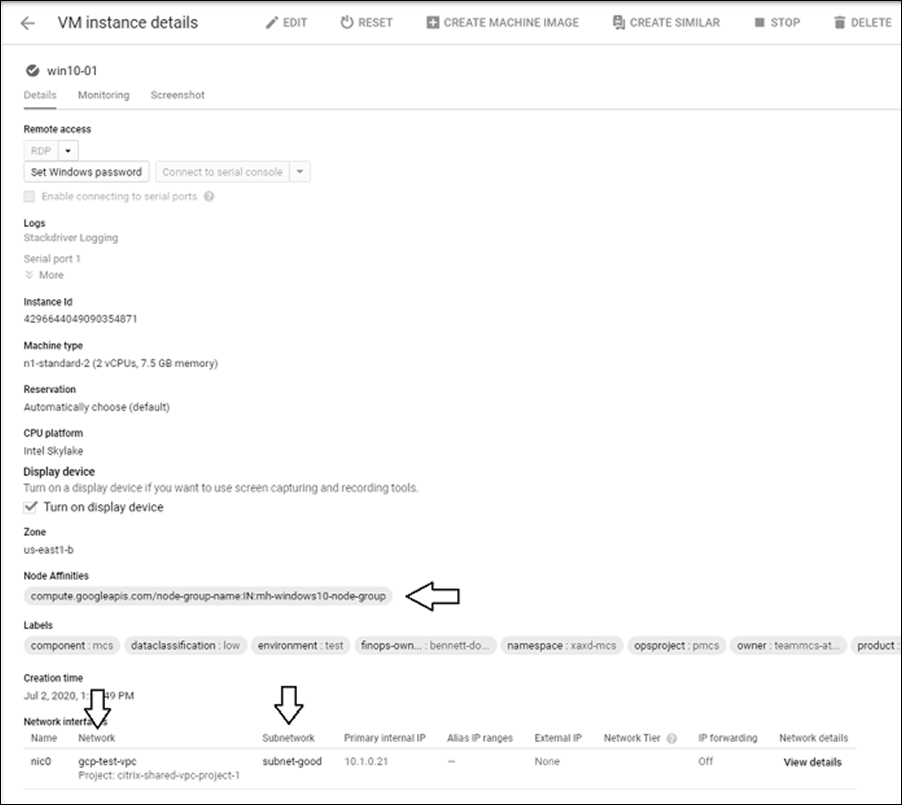