Enterprises continue to migrate their web apps and APIs to the Cloud to better support work from home employees, fueled by the pandemic. At the same time, they still support business-critical web apps hosted On-Premises or in Private Clouds. Along with the growth in these internet-facing services, there has been growth in internet-borne threats.

Bad actors continue to develop new ways to compromise them to support their illicit activities. Protecting applications from attack requires rapid identification of threats and launching of countermeasures. Citrix Web App and API Protection (CWAAP) service provides a consistent security posture and comprehensive protection for Monolithic applications On-Premises or microservices in the Cloud.

CWAAP service guards against their attempts to exfiltrate, manipulate or destroy online Enterprise web apps, APIs and data. It includes a comprehensive suite of technology to mitigate the risk to business-critical operations. 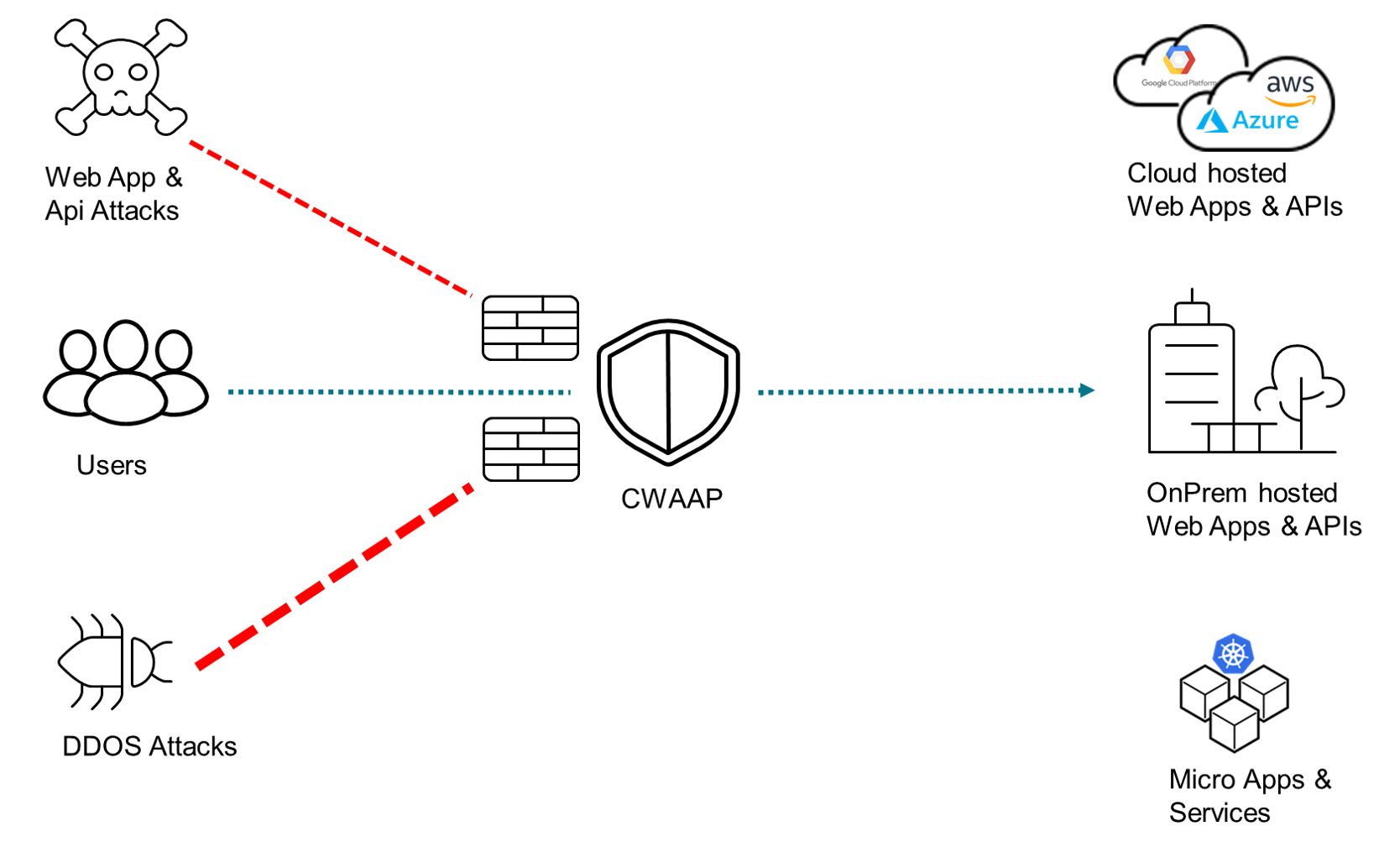 Hosted in the Cloud or on Premises Citrix WAF protects against known and unknown attacks, including application-layer and zero-day threats. It includes protections against Top 10 Web Application security risks, defined by the OWASP Foundation, at its core and expands on those with ever-growing security definitions and countermeasures from multiple threat research sources.

Large enterprises may have hundreds or thousands of applications online that need to be secured. Therefore matching attacks, against unique web app flows to different applications at scale is a challenge. Citrix WAF automates Protection against internet-borne attacks keeping traffic at the Cloud or On-Premises edge. It detects and mitigates incessant online threats around the clock. This allows Security operations to focus more on strategic security activities and address vulnerabilities elsewhere in the infrastructure.

Injection flaws, such as SQL and LDAP injection, have been a perennial favorite among hackers, along with Cross-site scripting attacks. Other web attack protections include:

Citrix WAF supports a positive protection model with learning rules that build on the negative model by creating a profile of allowed traffic. Advanced heuristics analyze traffic to identify standard behavior and make recommendations for tuning of countermeasures. This helps ensure Protection against zero-day attacks that are not addressed in existing signatures.

DDOS attacks focus on disruption through resource consumption. There are three main groups of DDOS attacks:

The Citrix DDoS solution provides a holistic solution to DDOS protection buyers. It is an always-on DDoS attack management service. It features one of the world’s largest scrubbing networks with 14 POPs and 12 Tbps capacity that protects applications from large-scale volumetric DDoS attacks.

CWAAP is configured and managed through a flexible SaaS portal. The CWAAP service portal, accessible through a browser, enables security admins to configure attack protections, monitor attack activity through a dashboard, or report on events.

CWAAP is setup with the help of Citrix using one of two methods:

CWAAP WAF policies and custom rules are configurable through the SaaS portal: 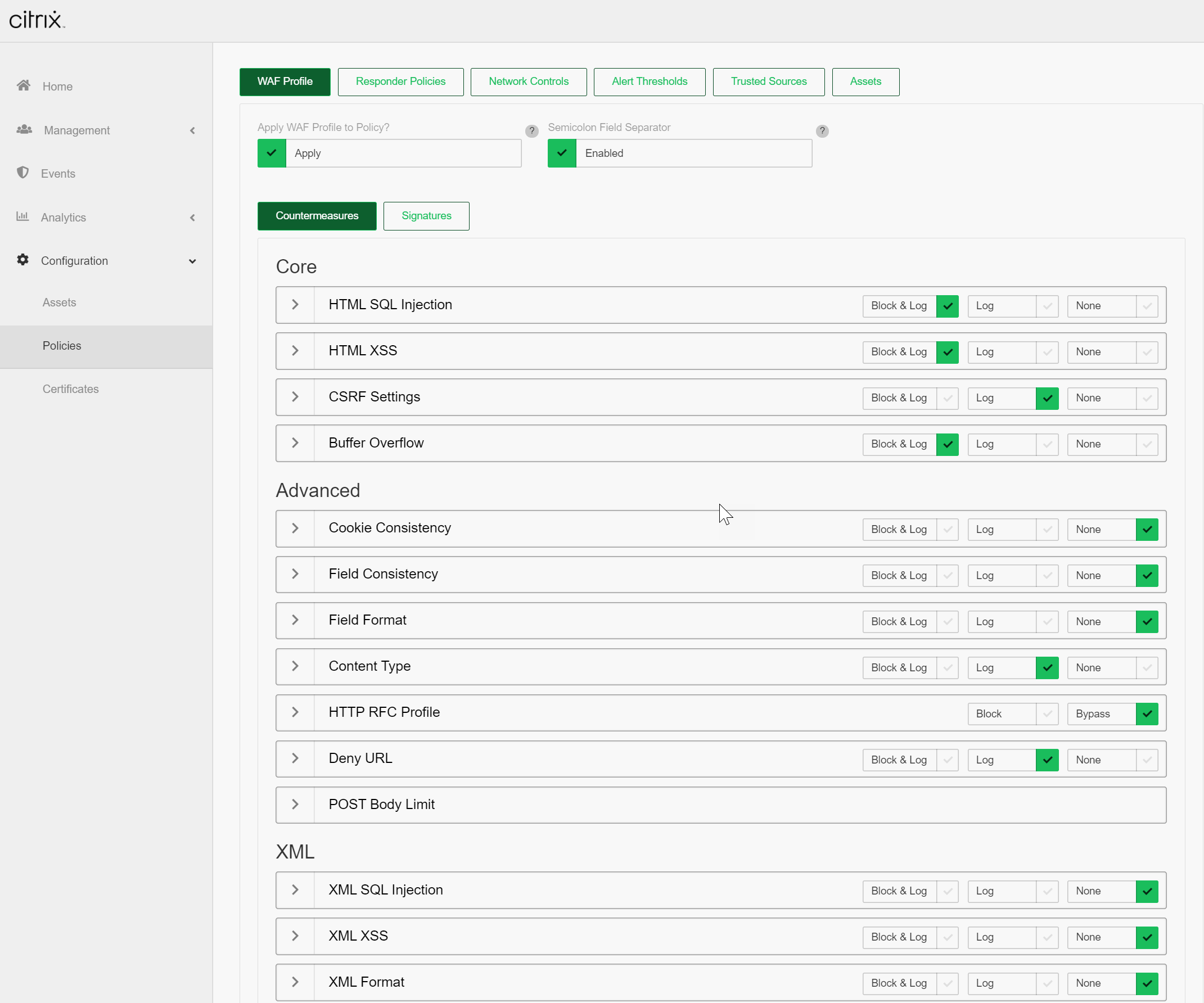 It also includes a detailed log of attacks, including volume, duration, and countermeasures deployed. 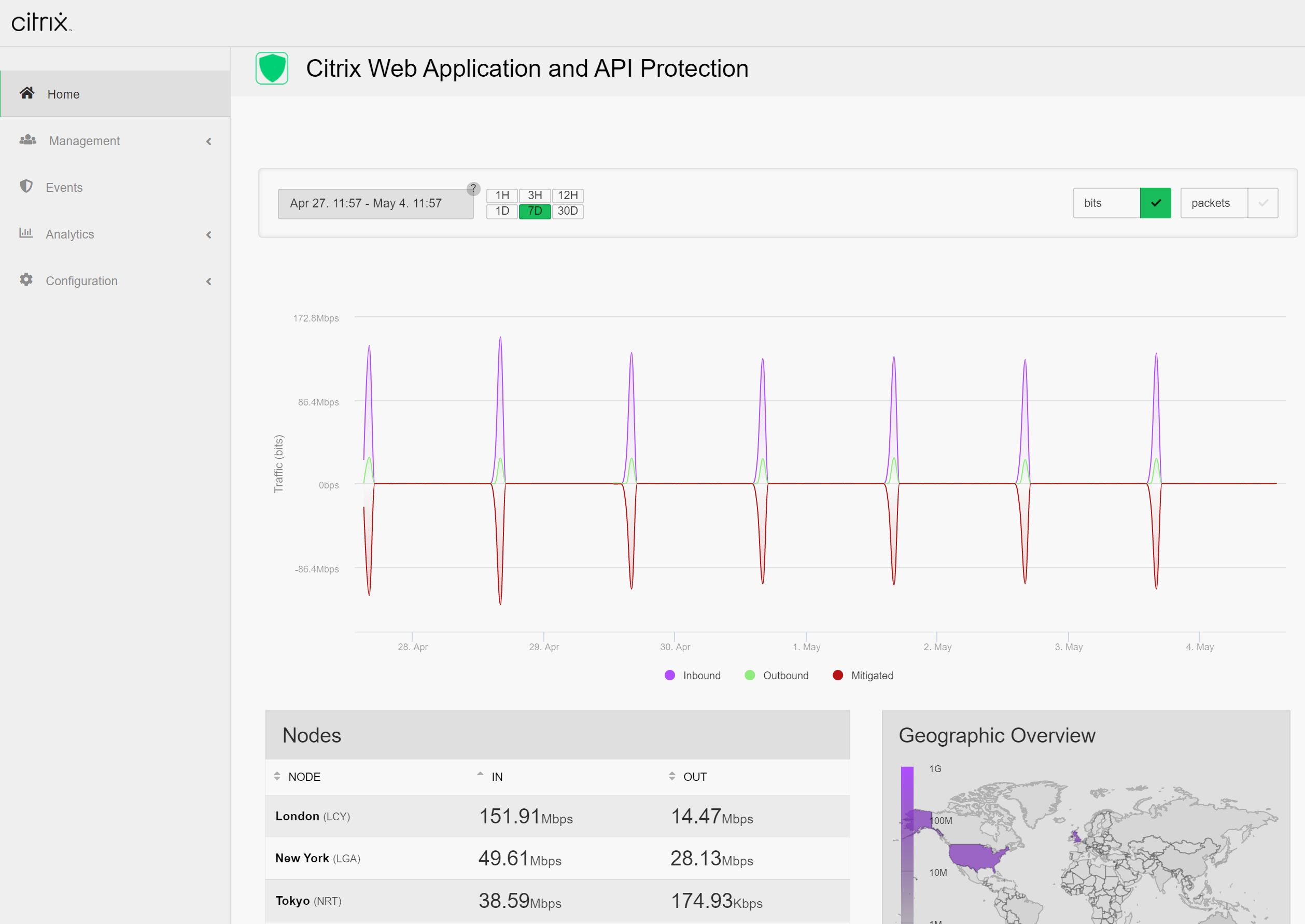 Enterprises’ use of cloud services and mobile applications continues to drive the growth of cloud-native web and API traffic while maintaining some business-critical web apps On-Premises. With this growth in apps and APIs online, they are increasingly vulnerable to the persistent attacks that come with being hosted on the public internet. Citrix Web App and API Security service is constantly evolving to stay ahead of these complex attacks. It includes an advanced suite of technology based on Machine Learning and Artificial Intelligence to protect these critical Enterprise services in the Cloud and On-Premises.