App Layering
View PDF
This content has been machine translated dynamically.
Give feedback here
Thank you for the feedback

All Azure resources created by the App Layering Azure Deployments connector are created using the deployment of a user specified ARM template. These templates allow an administrator to extensively customize what resources are created and how they’re configured. 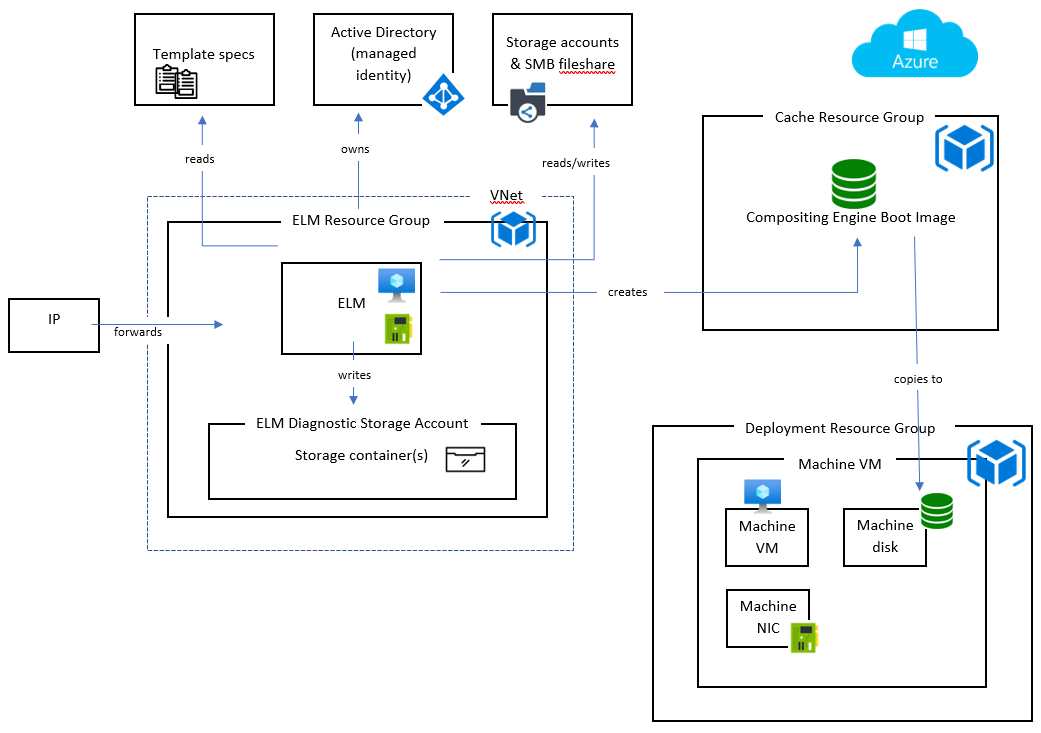 There are four deployment types, each requiring their own template spec. The deployment types differ in the type of resources they create, the inputs they receive, and the outputs they produce to override default behavior. For more information on these concepts, see Authoring ARM templates.

The Machine deployment creates a virtual machine (VM). VMs created by Machine deployments can composite layered images and package layers. If the optional Layered Image deployment isn’t specified, then a VM is the final result of publishing an image. In which case, the VM can be used as-is or as a Machine Creation Services (MCS) master image.

The Cache Disk deployment creates an Azure managed disk. This disk is used to contain the Compositing Engine boot image. The App Layering appliance uploads the contents to the disk after it’s created. 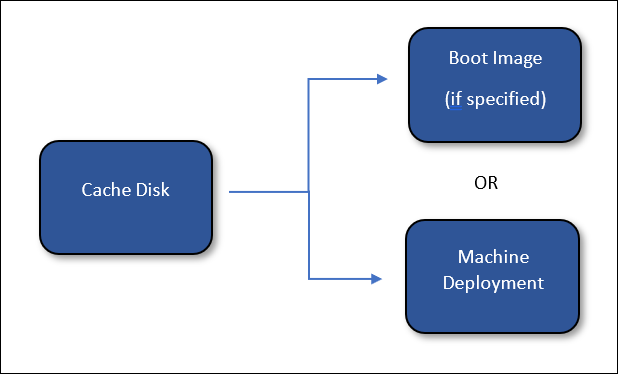 App Layering doesn’t delete the resources created by the layered image deployment (unless the deployment fails).

In contrast to the Legacy Azure connector, the Azure Deployments connector configuration doesn’t prompt for any login credentials nor a Client ID/Client Secret. Instead, the connector authenticates to Azure with the managed identity assigned to the App Layering appliance in Azure.

Refer to the following descriptions for information on each field in the connector configuration screen.

The template spec used for the deployment. The user creates and manages template specs in Azure. The managed identity of the appliance must have read permission on the resource group containing the template spec.

The version of the template spec to use for deployment. The newest version is selected by default when the Template selection is changed.

The managed identity of the appliance must have permission to:

The tags to apply to the Azure deployment artifact created by a deployment. You can include data from the input parameter (see Authoring ARM templates). To do so, put the JSON path of the field you want to reference between braces. For example, {context.user} evaluates to the name of the App Layering user who created the task that caused the deployment. This works for both the tag name and the tag value fields. If you want to use literal braces in your tags, you can escape them by doubling them. For example, evaluates to {}.

Arbitrary data specified in JSON format. This data can be referenced in the ARM template associated with the deployment. The data is accessed using the input parameter’s context.config.custom object. See Authoring ARM templates for more details.