Citrix Pooled capacity has several different methods to convert legacy perpetual license use cases to the Citrix pooled capacity model. This document consolidates the conversion and implementation process in a single document and references online documentation for reference to specific topics and content. 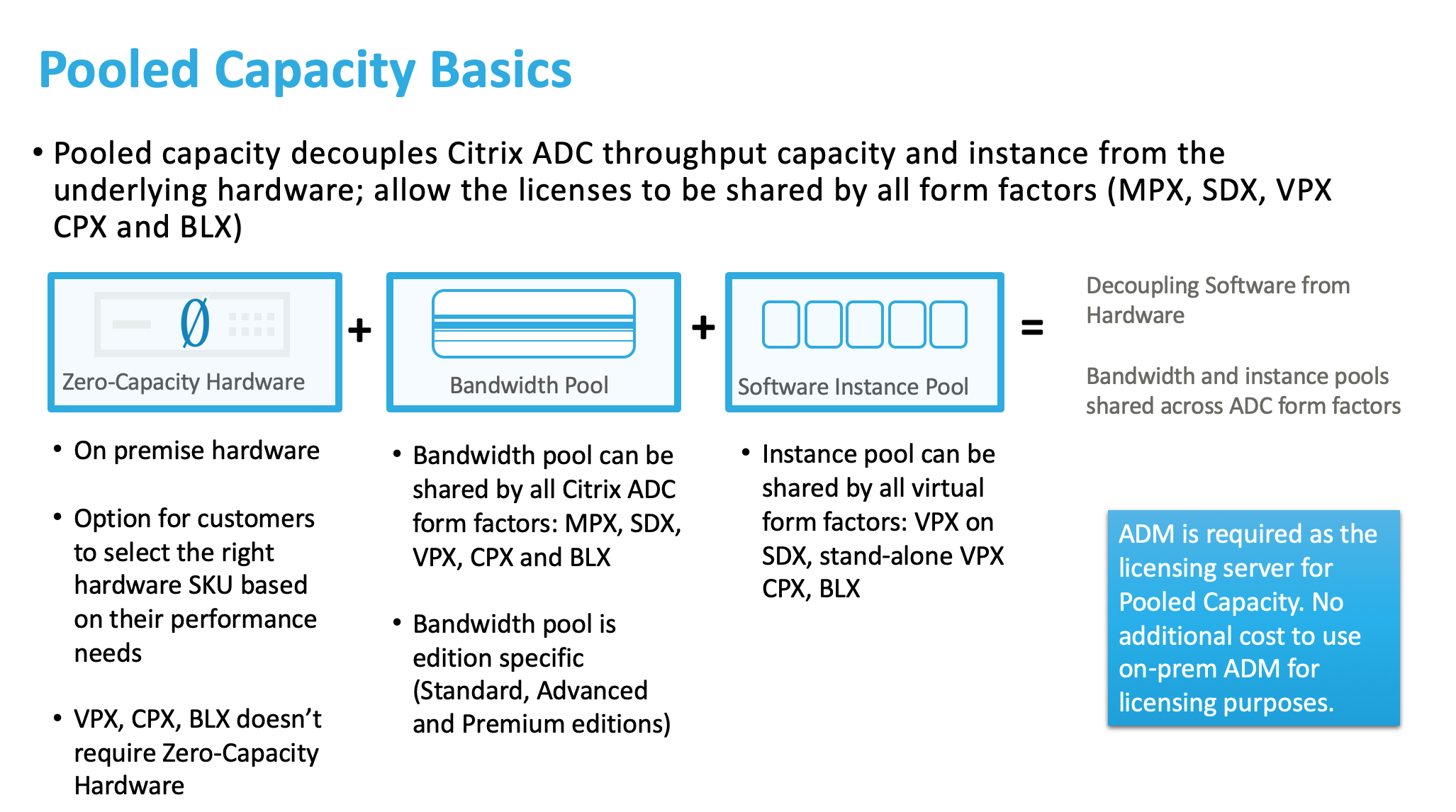 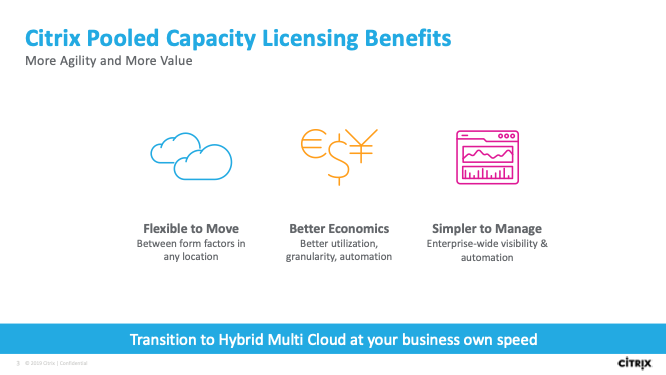 When you allocate licenses, you apportion purchased licenses by product and License Server so you can split them among multiple environments or use cases. For example, your organization might own 1,000 licenses for the same product. You might want to use 800 in 1 location and 200 in another location. You can allocate 800 licenses to a License Server in the first location today, and allocate the remaining 200 later to a different License Server.

The Citrix ADC comes in several form factors and all require an entitlement license to function. Following is a summary of the Citrix ADC platforms.

VPX - Deploy on your preferred hypervisor and achieve high SSL performance with no hardware acceleration.

CPX - Supporting containerized applications within different environments, such as Kubernetes and OpenShift.

BLX - Run software-based application delivery and load balancing functionality as a Linux process, without a hypervisor or container overhead, on your choice of hardware.

Citrix ADM Software virtual appliances can be deployed in several deployment modes and provide the flexibility to integrate within your existing Citrix networking design. The following are some of the deployment scenarios implemented by using ADM Software appliances.

You can configure the ADM as a License Server for the pooled capacity. With this configuration, you can allocate licenses to a Citrix ADC instance in two ways:

The following are the operating modes of the instances that are using the pooled capacity:

After the instance is registered with the License Server, allocate the licenses from Citrix ADM as follows: 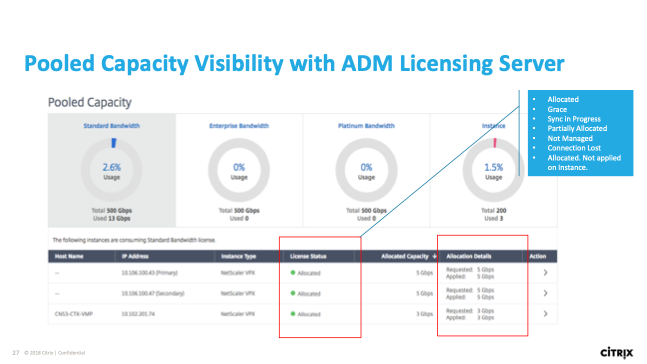 How to delete a license

You can dynamically modify the bandwidth of an MPX-Z instance without a restart. A restart is required only if you want to change the license edition.

Bandwidth allocation must be a multiple of the minimum bandwidth unit.

Transition from MPX/SDX Pool to Cloud or SW ADCs

Pooled bandwidth and instances on ADM can be used in any place (on-premises or cloud), for any form factors (MPX/SDX/VPX/CPX/BLX).

Each MPX/SDX appliance has a system requirement for minimum bandwidth and minimum instances (if SDX) to operate, for example:

Applying the SDX Bandwidth and Instance License in ADM license 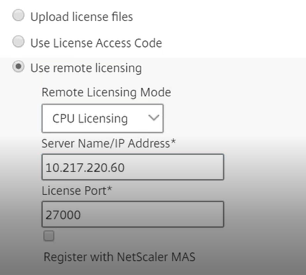 You can dynamically modify the bandwidth of a VPX instance without a restart. A restart is required only if you want to change the license edition or convert a perpetual license to vCPU licenses. 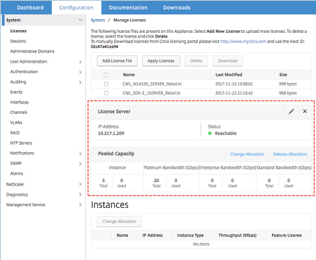 When you choose the Run Command Action event action, you can create a command or a script that can be run on Citrix ADM for events matching a particular filter criterion.

You can also set the following parameters for the Run Command Action script: