If you are upgrading from Provisioning Services 7.17 to this version of Citrix Provisioning, you must manually uninstall CDF on the provisioning server, console, and target devices.

For more information, see Create a virtual machine in Hyper-V. 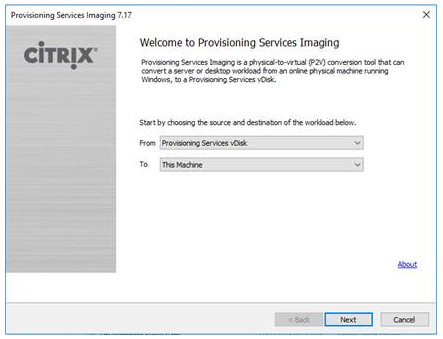