Profiles become more complex as users access multiple resources. With profiles stored on a network, Microsoft Windows uses the registry to store user settings. Profiles are copied from the network to the local device at logon, and copied back to the network at logoff. On a daily basis, users access multiple computers, switch between desktops and laptops, and access virtual resources created with Citrix Virtual Apps and Desktops.

This diagram illustrates how a single Citrix user profile follows a user who logs on to multiple resources. 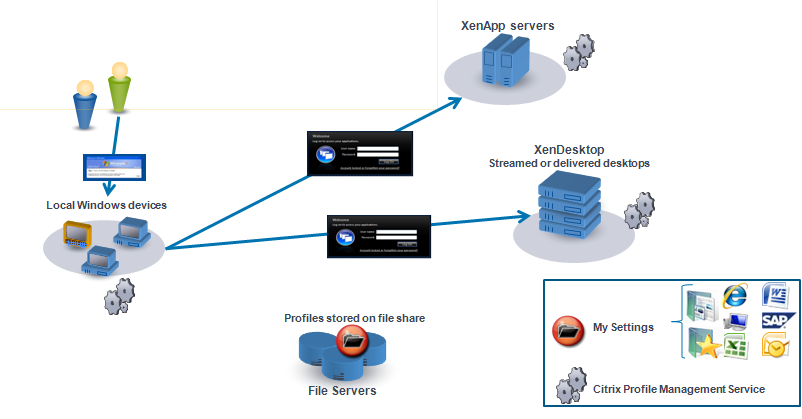 Thank you for the feedback
Access multiple resources
September 28, 2020
Contributed by:
B C