The site is based on a shared Windows 7 base image that is hosted in a Citrix Hypervisor environment and accessed by Windows terminals. Office 2007 is included in the base image.

Because users from both domains are expected to use the new domain, a two-way trust is set up between OldDomain and NewDomain. Both domains must belong to the same AD forest.

The following graphic illustrates the configuration of the new virtual desktops site. 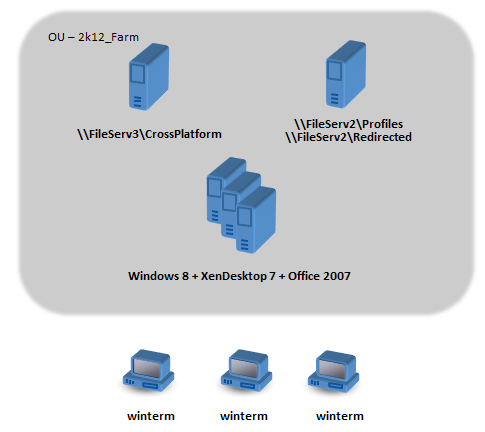 Thank you for the feedback
Plan the new site
June 27, 2022
Contributed by:
C B