Citrix Provisioning is available under the Citrix Virtual Apps and Desktops entitlement, and is licensed per target device. Each provisioned target device checks out a single Citrix Cloud license, whether it is a data center running Windows Server, or a desktop running a Windows desktop version.

Provisioning servers must be connected to the license server to operate successfully. Use the most recent version of the Citrix License Server to get the latest features. Citrix recommends that you upgrade the License Server before upgrading Citrix Provisioning to avoid any licensing conflicts related to grace periods.

Consider the following options when deciding which server to use as the license server:

There are two types of grace period:

When Citrix Provisioning is in a grace period, administrators are notified through warning messages in the Provisioning Console.

When a grace period expires, all target devices are shut down.

Restart the stream service if Citrix Provisioning is installed after the license server, or if new licenses are added.

Restart the Citrix Provisioning stream service whenever changes are made to licensing options. For example, when changing from a Citrix Cloud license to an on-premises licensing schema.

Use the Citrix Provisioning Configuration Wizard to specify a Cloud license. In the License Server screen, click the Cloud radio button, then click Next to continue with the configuration process: 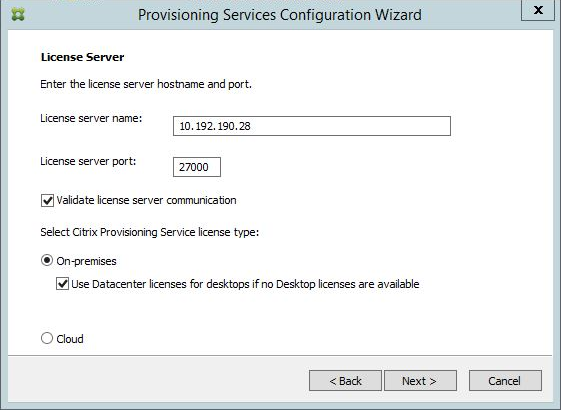 You can alternately view or change the license type in the Farm Properties screen. In the Licensing tab, select the appropriate license type; click Cloud then click OK: 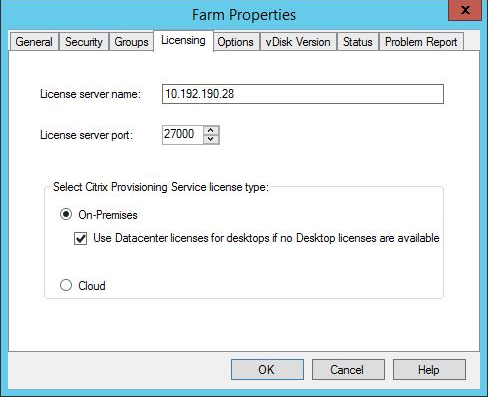 An administrator can force the immediate activation of a Microsoft Office license once a system starts up. In previous releases, a provisioned virtual disk activates a license when the virtual machine boots. This lengthy background process occurred after the VM reaches the Citrix Virtual Apps and Desktops login screen. As a result, users encounter licensing conflicts that would lead them to believe a license did not exist for the VM. 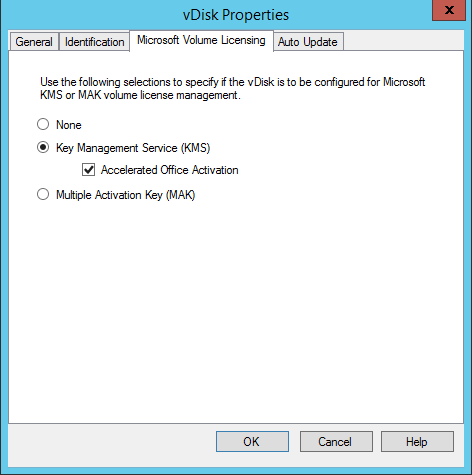 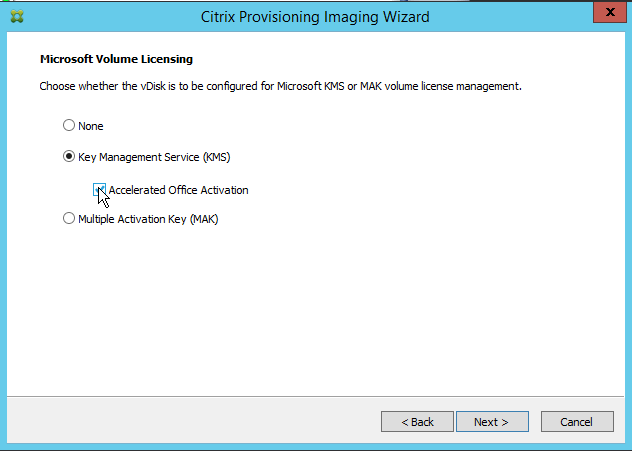 There are three scenarios where the host connection to the public cloud hosts is affected based on Hybrid Rights License entitlement: