The following elements are required for the Export Devices Wizard on Citrix Cloud deployments:

The following elements are required for the Export Devices Wizard on-premises deployments:

Consider the following when using the Export Devices Wizard: 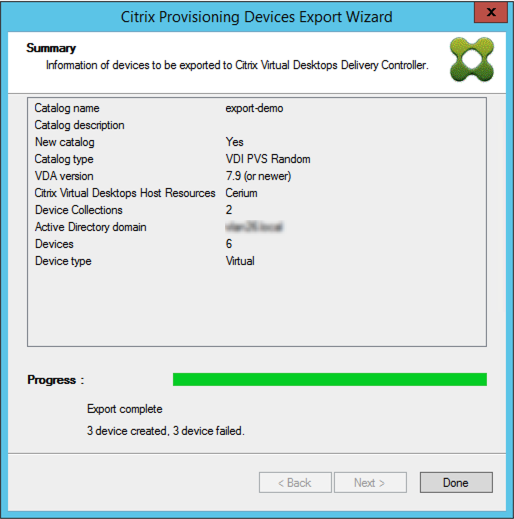 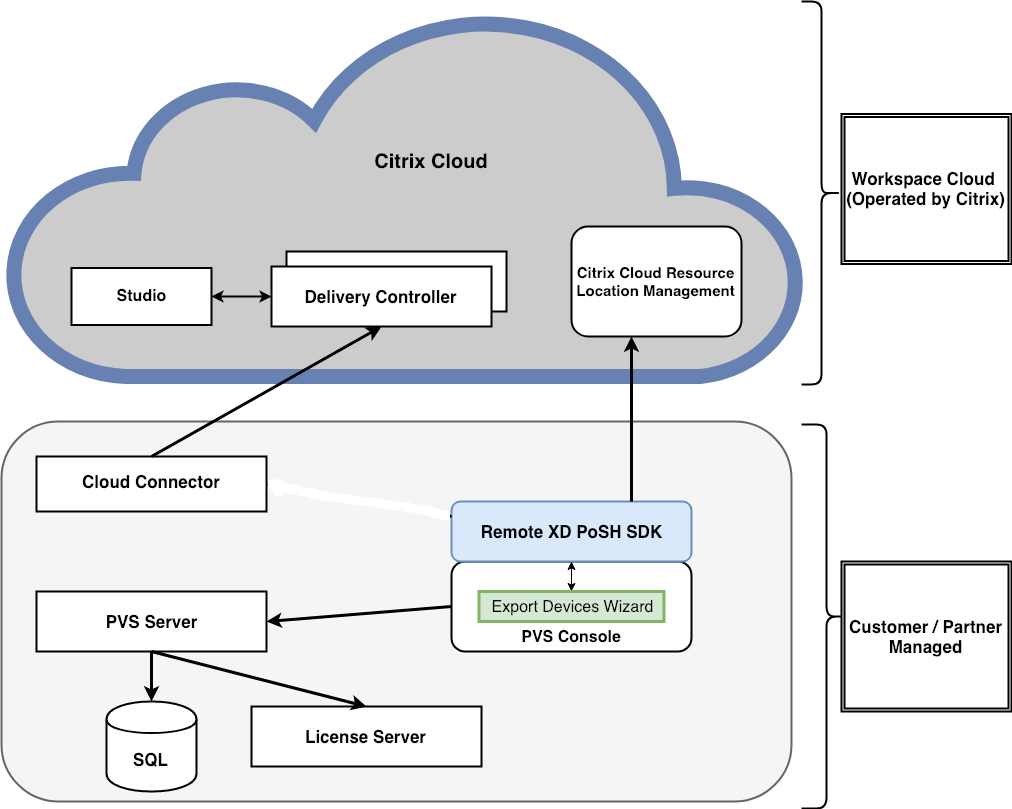 Use the information in this section to install elements required for Devices Export Wizard functionality.

For on-premises deployments, the Citrix Virtual Apps and Desktops Delivery Controller is unmodified. No further installation or configuration changes are required. The Citrix Provisioning console installer, version 1906, provides all the necessary components required to use the Export Devices Wizard.

To launch the Devices Export Wizard:

Thank you for the feedback
Export Devices Wizard
March 30, 2022
Contributed by:
C