Export and import the StoreFront configuration

You can only import StoreFront configurations which are the same StoreFront version as the target StoreFront installation.

Scenarios where configuration export and import can be used

Things to consider when exporting and importing a StoreFront configuration

The SiteID parameter found in StoreFront 3.5 was deprecated in version 3.6. It is no longer necessary to specify the SiteID when performing an import, as the SiteID contained within the backup archive is always be used. Ensure the SiteID matches the existing StoreFront website already configured within IIS on the importing server. SiteID 1 to SiteID 2 configuration imports are NOT supported.

Import the StoreFront cmdlets into the current PowerShell session

Open the PowerShell Integrated Scripting Environment (ISE) on the StoreFront server and run:

Export the configuration of the server you wish to back up.

Copy the backup.zip file to a safe location. You can use this backup for disaster recovery to restore the server to its previous state.

Export the configuration of the server you wish to back up.

Copy the backup.zip file to the desktop of server B.

Server A has StoreFront deployed on a custom website location rather than the usual default website within IIS. The IIS SiteID for the second website created in IIS is 2. The StoreFront website’s physical path can be on another nonsystem drive such as d:\ or on the default c:\ system drive but should use an IIS SiteID greater than 1.

A new website called StoreFront has been configured within IIS, which uses SiteID = 2. StoreFront is already deployed on the custom website in IIS with its physical path on drive d:\inetpub\wwwrooot. 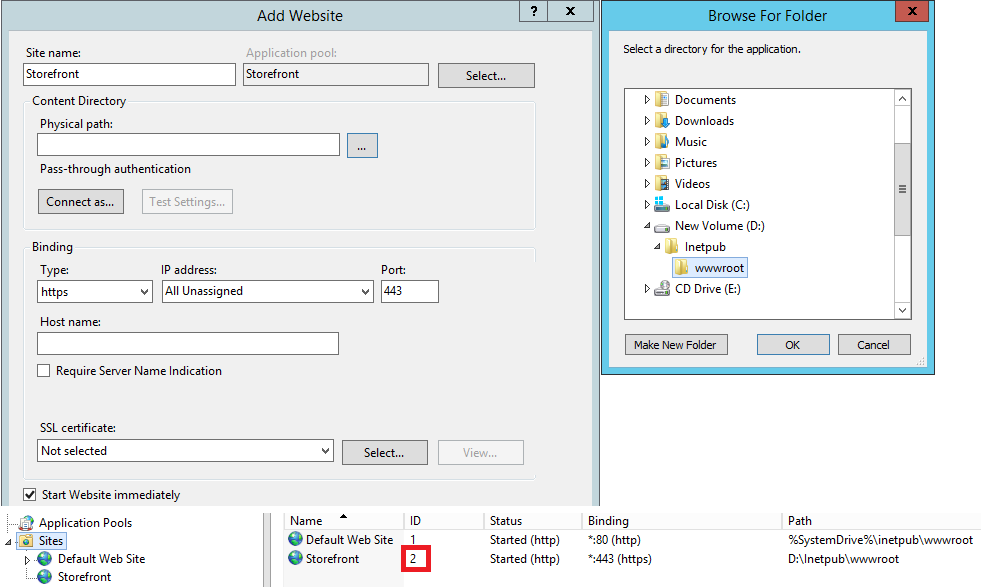 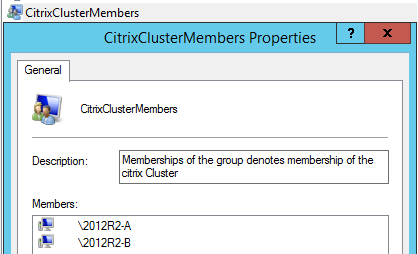 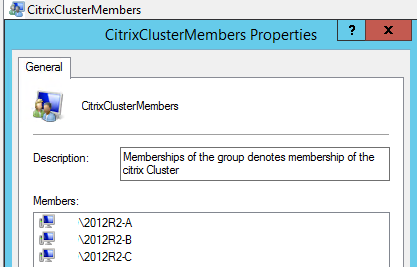 Scenario 2: Backup an existing configuration from Server Group 1 and use it to create a new Server Group on a different factory default installation. You can then add other new server group members to the new primary server

Create an encrypted backup of your server configuration

PowerShell requires that you specify a user when creating a new credential object. This example code obtains the currently logged on Windows user for convenience.

Create a PowerShell Credential Object within your Powershell session on the exporting server.

Export the configuration to backup.ctxzip which is an encrypted zip file.

Create an identical PowerShell Credential Object within your Powershell session on the importing server.

Thank you for the feedback
Export and import the StoreFront configuration
March 17, 2022
Contributed by:
C