You can configure how requests to Android Enterprise apps, that are within work profiles, handle what Google calls “dangerous” permissions. You control whether the user is prompted to grant or deny the permission request from the app. This feature applies to devices running Android 7.0 and later.

By default, users are prompted to grant of deny dangerous permission requests. 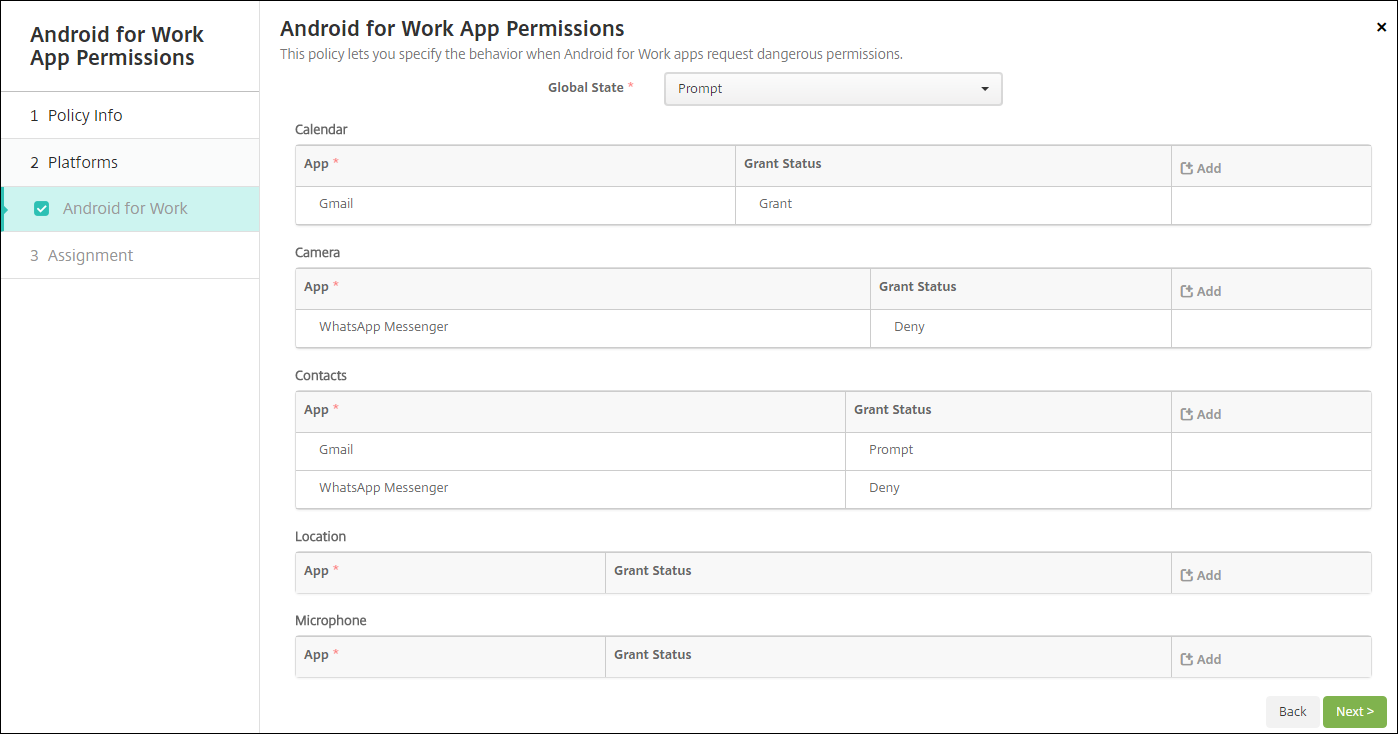 Thank you for the feedback
Android Enterprise app permissions
September 21, 2020
Contributed by:
K