XenMobile
Server 10
View PDF
This content has been machine translated dynamically.
Give feedback here
Thank you for the feedback

The macOS FileVault Disk Encryption feature protects the system volume by encrypting its contents. With FileVault enabled on a macOS device, a user logs in with their account password each time that the device starts. If the user loses their password, a recovery key enables them to unlock the disk and reset their password.

To add the FileVault policy, go to Configure > Device Policies.

After you deploy the FileVault policy with this setting on, the following screen appears when a user signs off the device. The screen gives the user the option to enable FileVault before signing off. 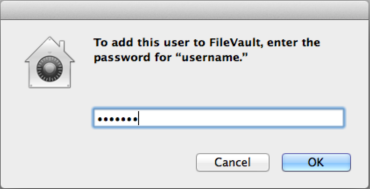 If the Maximum times to skip FileVault setup value isn’t 0: After you deploy the FileVault policy with this setting off and then the user signs on, the following screen appears.

If the Maximum times to skip FileVault setup value is 0 or the user has skipped setup the maximum number of times, the following screen appears. 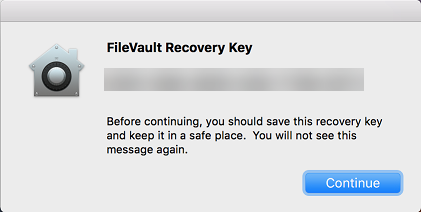