In Manage > Devices, the Device details page also lists device Security properties. Those properties include Strong ID, Lock Device, Activation Lock Bypass, and other information for the platform type. The Full Wipe of Device field includes the user PIN code. The user must enter that code after the device is wiped. If the user forgets the code, you can look it up here.

The remainder of this article provides the steps for performing various security actions. You can also automate some actions. For more information, see Automated actions.

You can lock a lost iOS device with an accompanying display of a message and phone number that displays on the device lock screen. This feature is supported on devices running iOS 7 and above.

To display a message and phone number on a locked device, set the Passcode policy to true in the XenMobile console. Alternatively, users can enable the passcode on the device manually.

Remove a device from the XenMobile console

To remove a device from the XenMobile console, go to Manage > Devices, select a managed device, and then click Delete.

This procedure removes managed apps and data from the device and deletes the device from the Devices list in the XenMobile console. You can use the Endpoint Management Public REST API to delete devices in bulk.

The XenMobile Lost Mode device property puts an iOS device in Lost Mode. Unlike Apple Managed Lost Mode, XenMobile Lost Mode doesn’t require a user to perform either of the following actions to enable locating their device: Configure the Find My iPhone/iPad setting or enable the Location Services for Citrix Secure Hub.

If you click Enable Lost Mode, type information to appear on the device when it’s in lost mode. 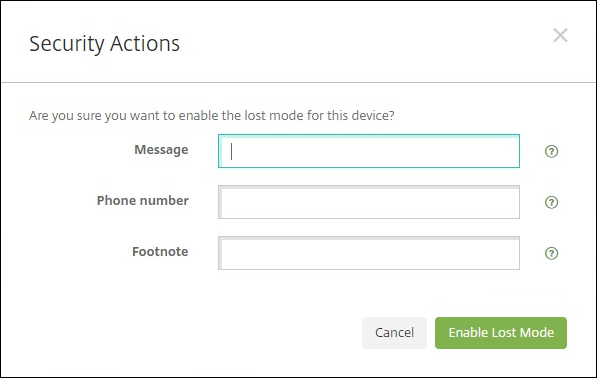 Use any of the following methods to check Lost Mode status: 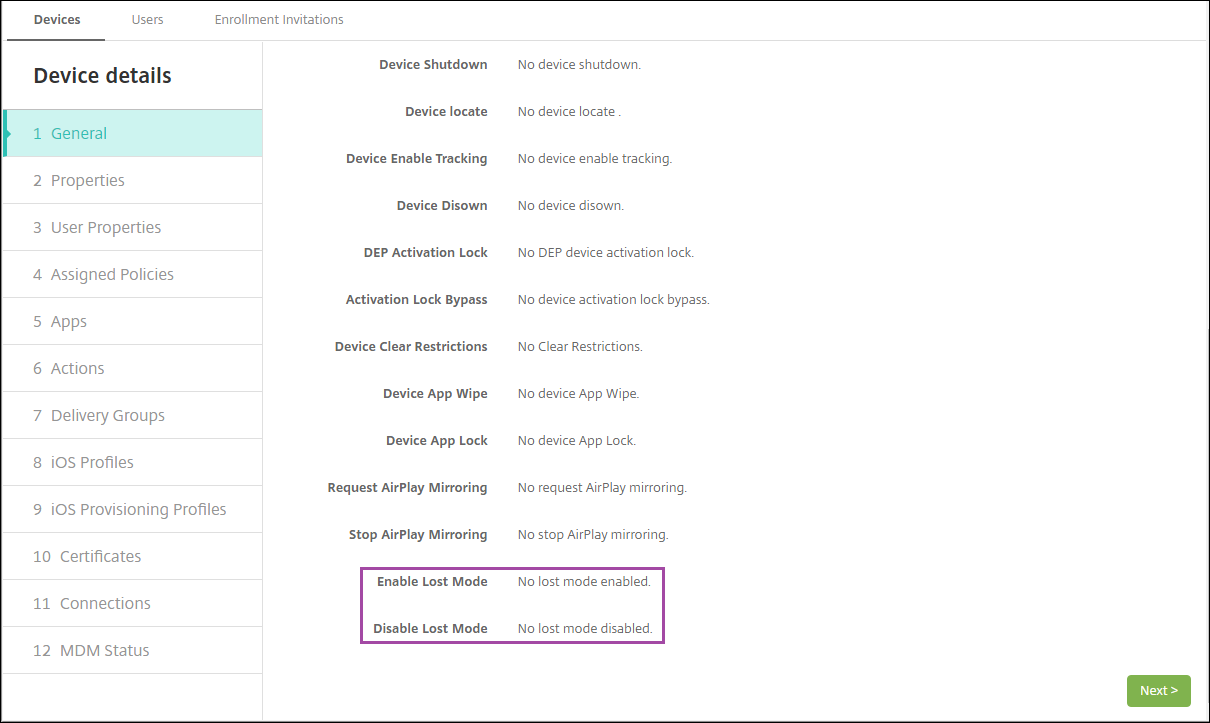 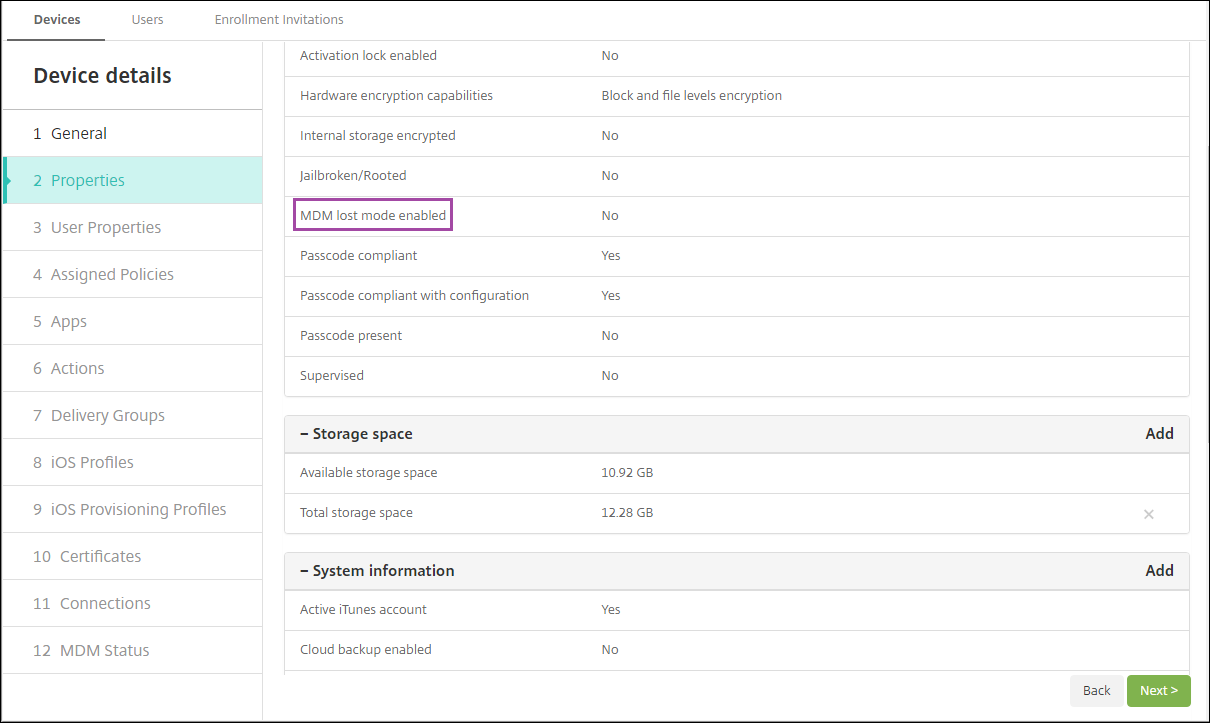 If you enable XenMobile Lost Mode on an iOS device, the XenMobile console also changes as follows:

For iPads running iOS 7 and later: iOS appends the words “Lost iPad” to what you type in the Message in the Security Actions screen.

For iPhones running iOS 7 and later: If you leave the Message empty and provide a phone number, Apple shows the message “Call owner” on the device lock screen.

For example, if the user returns a lost phone or to set up the device before or after a Full Wipe: When the phone prompts for the iTunes account credential, you can bypass that step by issuing the Activation Lock Bypass security action from the XenMobile console.

To bypass an activation lock before issuing a Full Wipe of a device:

To bypass an activation lock after issuing a Full Wipe of a device:

Keep in mind the following:

Thank you for the feedback
Security actions
September 8, 2021
Contributed by:
C