Use the Windows Agent device policy to run PowerShell scripts on managed Windows desktops and tablets. You can point to script files uploaded to Endpoint Management as an enterprise app and to other servers that host scripts. For information about adding enterprise apps, see Add apps.

All scripts execute under privileged status, you don’t need to run scripts as an administrator.

After deploying and running the script, you can configure automated actions based on the results of the script. For instance, you run a script that monitors a registry key and returns a result. Based on the returned result, an automated action runs. The action grants or denies access to an app, marks the device as out of compliance, or has other effects.

You can also use this policy to deploy customized MSI installers by configuring a PowerShell script that points to a .msi file and a .mst file. 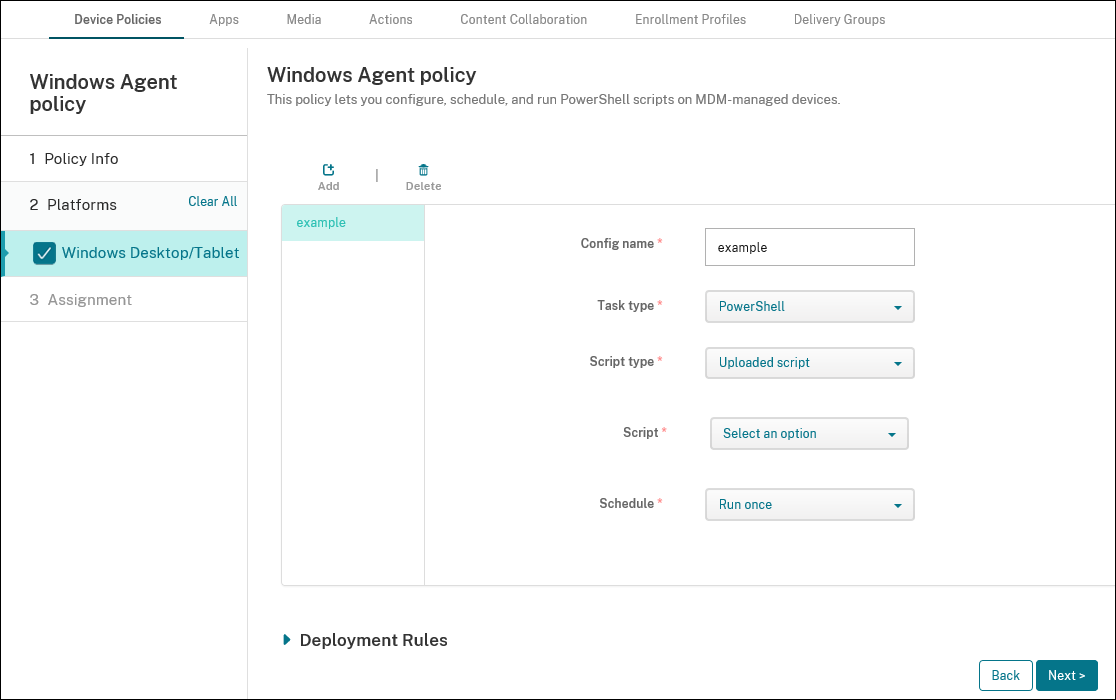 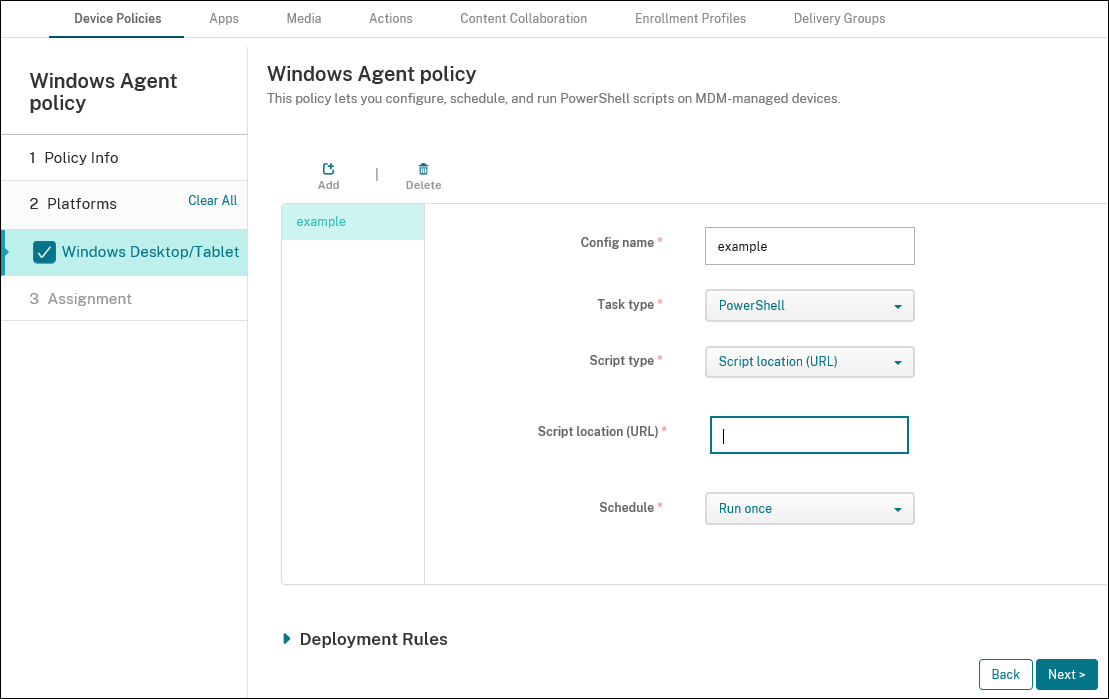 To check on the status of a script, navigate to Manage > Devices in your console. Select the device on which you want to check the script status and click Edit. Under Properties, you can check the status of your scripts by clicking Download under the Windows Agent heading.

Deploy a PowerShell script to trigger an automated action