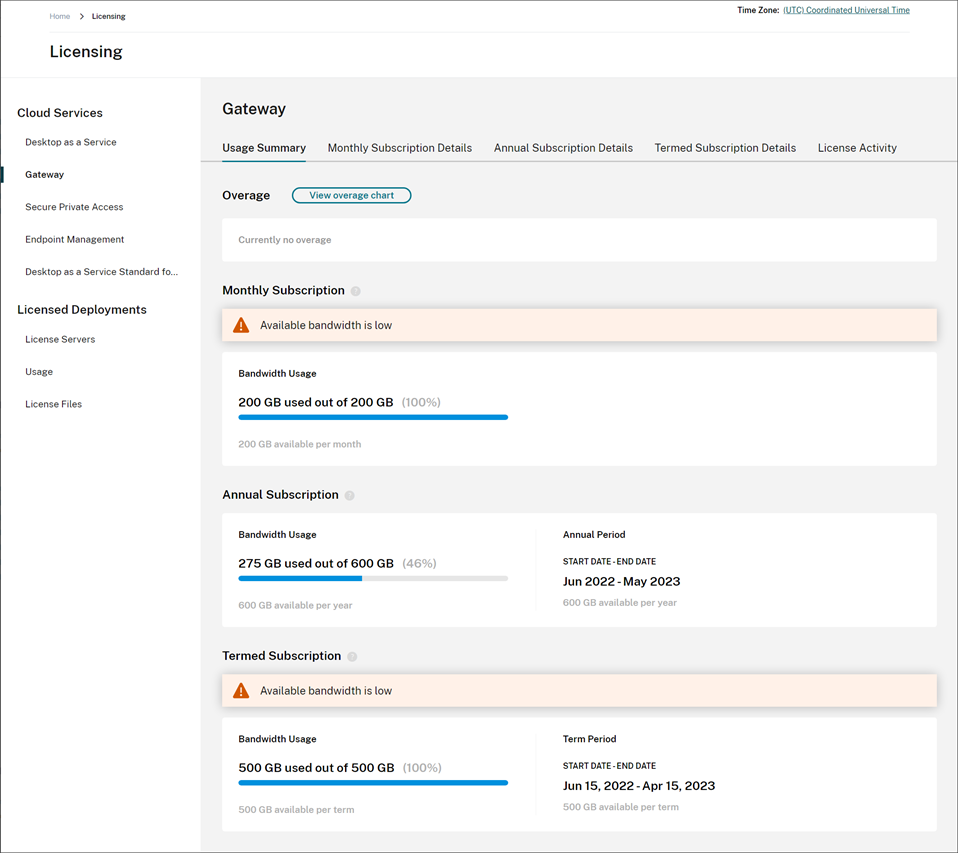 The licensing summary for the Gateway service provides an at-a-glance view of the following information:

Each Gateway service user has access to 1 GB of bandwidth per month (12 GB per user, per year). This bandwidth is pooled across the number of licenses and for the subscription period.

For example, if you buy 100 licenses for 3 years, you have 3600 GB of total bandwidth (1200 GB per year). This bandwidth is spread across all licensed users for the 3-year period. If you buy more subscriptions, Citrix Cloud displays the total number of licenses and bandwidth across all your subscriptions.

For Gateway service trials, 50 GB of bandwidth is pooled across 25 users for the 60-day trial period.

If you don’t use the full amount of bandwidth during the subscription period, Citrix Cloud doesn’t carry over any unused bandwidth when you renew.

If you have several subscriptions with overlapping terms, Citrix Cloud displays the bandwidth associated with unexpired subscriptions only.

For a detailed view of your licenses, click View Usage Details.

Usage trends are cumulative for the length of the current subscription term.

You can view bandwidth usage over the past 30 days for:

To view usage details for a specific user:

Citrix Cloud displays the user’s bandwidth, broken down by access. 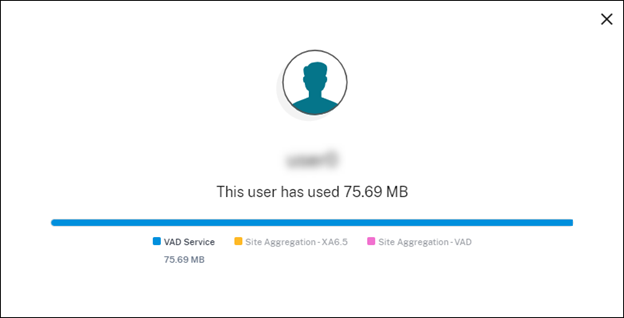 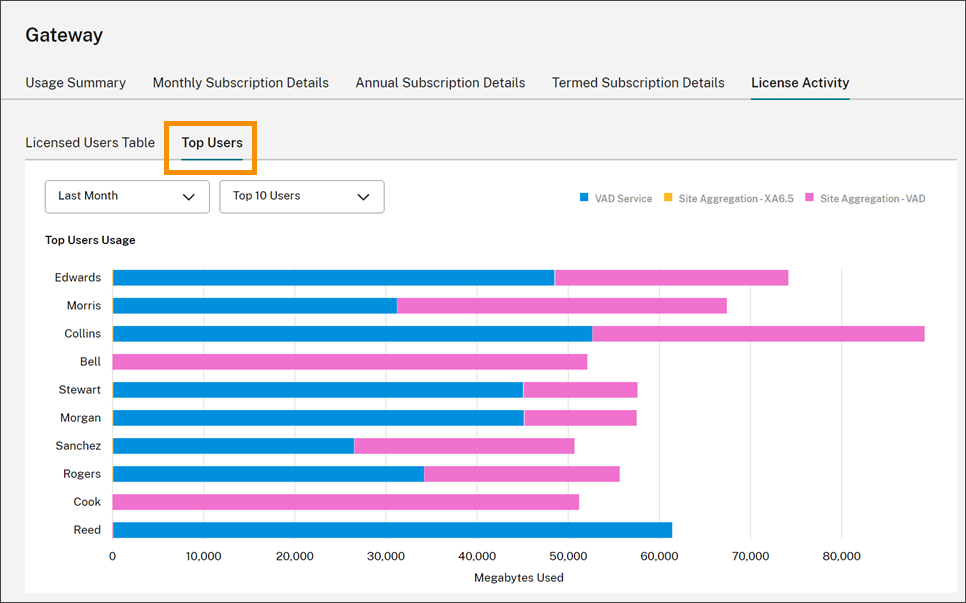 Citrix Cloud displays a graph of the bandwidth usage for the top users.

Thank you for the feedback
Monitor bandwidth usage for Gateway service
April 18, 2022
Contributed by:
J