A license is assigned when a unique user launches a SaaS or web app for the first time.

The Licensing summary provides an at-a-glance view of the following information:

For a detailed view of your licenses, click View Usage Details.

You can then see a breakdown of usage trends and individual users that are consuming cloud service licenses and bandwidth.

This breakdown, under Usage Trends, shows you the following information: 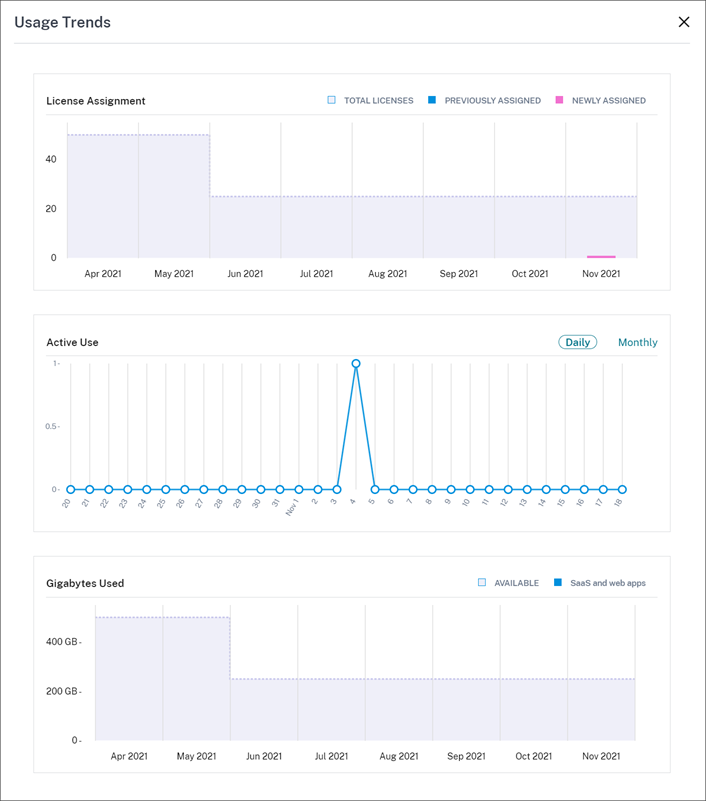 To release a single assigned license

You can release individual licenses from the Licensed Users or Licensed Devices list. These lists display clickable ellipsis buttons only for users or devices with licenses that are eligible for release. The ellipsis button is inactive for individual users and individual devices that have not launched any apps or desktops in the last 30 days.

Thank you for the feedback
Monitor licenses and usage for Secure Private Access
May 17, 2022
Contributed by:
C J