Multi-type licensing supports consumption of different license entitlements in a single Citrix DaaS (formerly Citrix Virtual Apps and Desktops service) deployment. This article applies to you if you have more than one Citrix license entitlement. A Citrix entitlement is a combination of the following:

The rules for mixing the service editions are the following:

You can mix the licenses models when the preceding service edition rules are followed.

You can configure and use License entitlements at the following two levels:

If you have not yet configured site or delivery group entitlements, be aware of the following default behavior:

Configuring entitlements for a site or delivery group affects how license consumption is counted in the license usage displays in Citrix Cloud.

View and update the site-level entitlement

In the Assign License blade, select a license that you want the site to use. The selected license applies to all delivery groups on the site, except those sites configured with a different license. 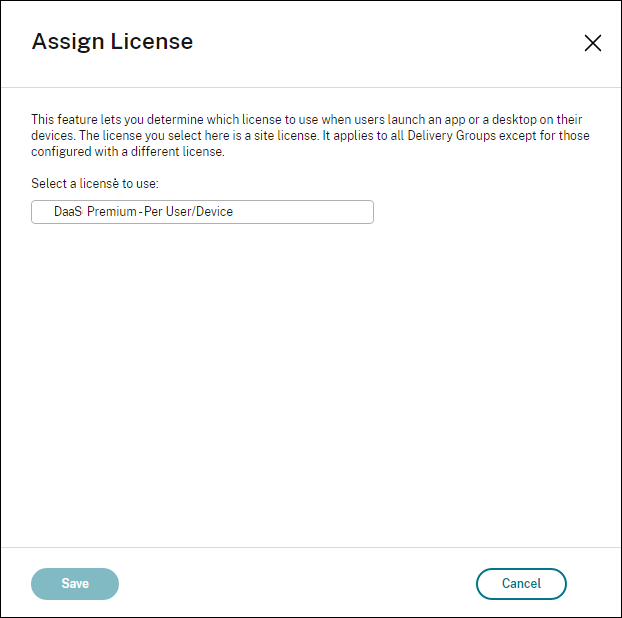 Possible licenses available for you to select are as follows:

If you have an expired license, contact your Citrix sales representative to renew it or to purchase new licenses. 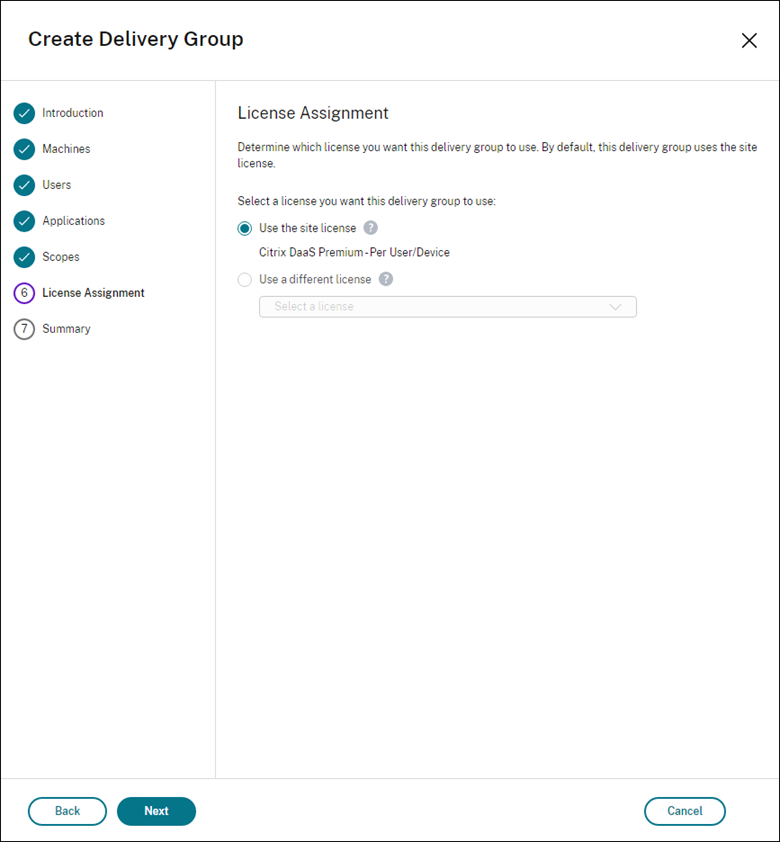 By default, the delivery group uses the site license.

When a delivery group license expires and is no longer valid, use a different license.

If you later configure a delivery group to use a different license, connected users consuming the current license might temporarily lose access to their desktops and applications.

An example for mixing of entitlements

The PowerShell command to update the delivery group is the following:

Update the preceding command, based on your details.

For example, see the following: