Citrix Cloud
View PDF
This content has been machine translated dynamically.
Give feedback here
Thank you for the feedback

Monitor licenses and usage for Citrix DaaS Standard for Azure

Citrix Cloud can help you manage licenses for Citrix DaaS Standard for Azure that use the User/Device or Concurrent licensing models. This article describes the experience for managing license assignments for the User/Device model only.

If you purchased Citrix Azure Consumption Fund to use with your service deployment, see Monitor Citrix Managed Azure resource consumption for Citrix DaaS for more information about consumption reporting for Citrix-managed resources.

For the User/Device licensing model, Citrix Cloud assigns a license when a unique user or unique device launches a desktop for the first time. 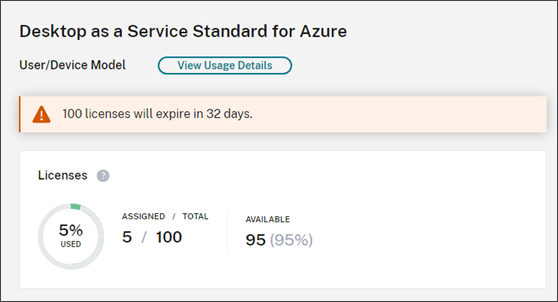 The licensing summary provides an at-a-glance view of the following information:

Click View Usage Details to see a breakdown of usage reports and trends, plus a list of users who are consuming Citrix DaaS Standard for Azure licenses. 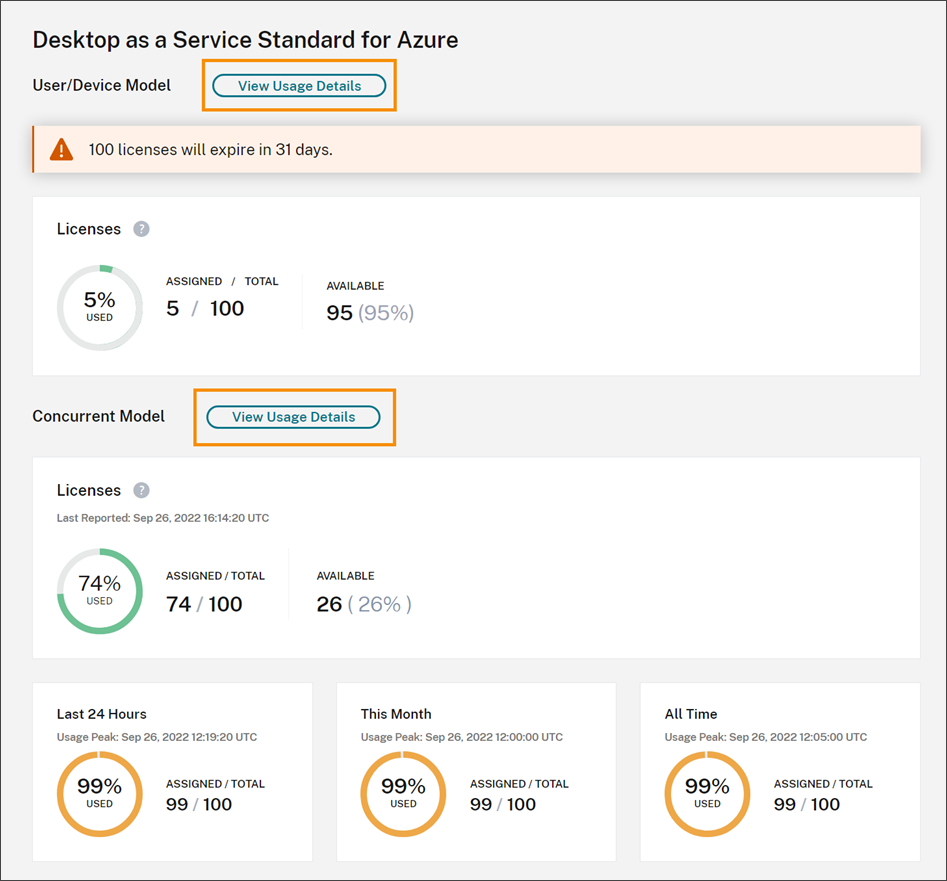 The Usage Trends section shows this breakdown as a graph.

Pointing to a bar for a specific month shows you the following information: 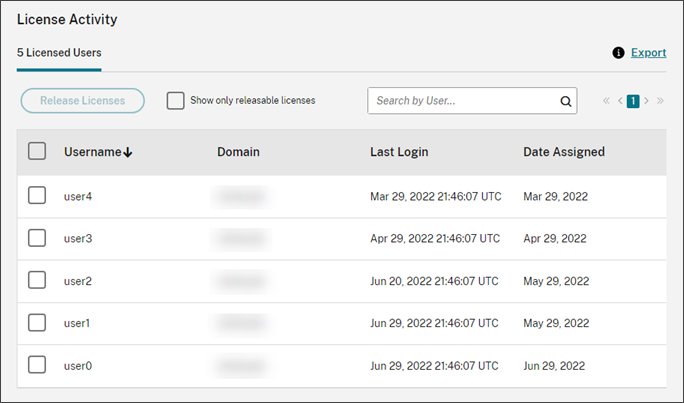 The License Activity section displays a list of individual users who have assigned licenses, and the date when a license was assigned to the user.

You can also filter the list to show only licenses that are eligible for release. See To release assigned licenses in this article.

Monthly service subscriptions: If you have a monthly subscription, you can release licenses on the first day of each month, regardless of the inactivity period.

The list that appears in the License Activity section displays up to 100 assigned licenses at a time. If you have more than 100 licenses, use the page controls to move through the list.

To locate eligible licenses quickly, select Show only releasable licenses, next to the Release Licenses button. This action hides assigned licenses that aren’t yet eligible for release.

Select the dark gray checkbox next to each license to select it for release. When you select a license, the Release Licenses button becomes active.

If you have more than 100 eligible licenses: